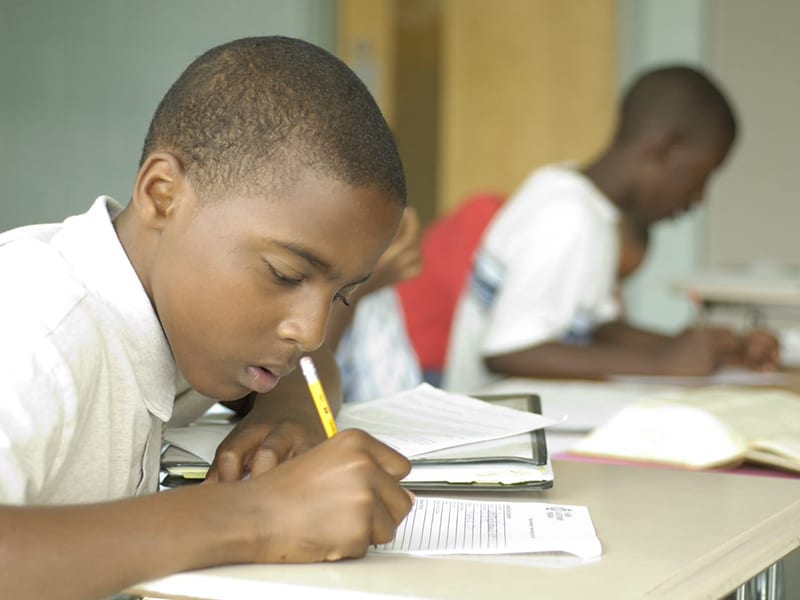 $2200 less per student in non-white districts than for white districts.  That number should cause a big reaction.  The racial disparities in our nation’s schools again made headlines (NY Times, NPR) with a big report last week from Ed Build. With a typical class size of 24 students, that would mean $52,000 less PER CLASSROOM.  Those funds could easily pay for an extra teacher or learning specialist for every classroom and could meaningfully close achievement gaps.

These disparities happen through intentional gerrymandering of school districts by race and income, which avoid larger more inclusive and equitable districts, which would even out opportunities of public education. While income is part of the reason for disparity, race is by far the greater determinant.  Researchers found that high-poverty districts serving mostly students of color receive about $1,600 less per student than the national average. That’s while school districts that are predominately white and poor receive about $130 less.

While Brown vs. Board of Education overturned school segregation in 1954, today, more than half of US students attend “racially concentrated” schools, where more than 75% of students are white or non-white.

This Ed Build report is another proof point of systemic racism at work, which significantly impacts the lives of today’s children.  Our scholars.

Higher Achievement’s intensive academic enrichment is a positive counter-force to this systemic racism. We closely support scholars in highly segregated, low-income schools in DC, Baltimore, Richmond, and Pittsburgh.  Our program invests roughly $6,000 per year per scholar into their learning opportunities, more than making up for the funding gaps, on an individual student basis. Long-term, this investment pays off as our scholars increase grades and advance to top high schools and onto post-secondary success.  95% of scholars graduate from high school on time, almost double the rate of their peers.

Higher Achievement and programs like it are a small part of the solution.  To build a nation that lives up to the ideals of equality and opportunity on which it was founded, we need our public education system to be fair and equitable – no matter your skin color or zip code.  We must raise our voices to local officials and equip our scholars to raise their voices too.

We and our scholars can be powerful voices to change this inequity.  Policy and advocacy organizations that can help us build this movement are below.