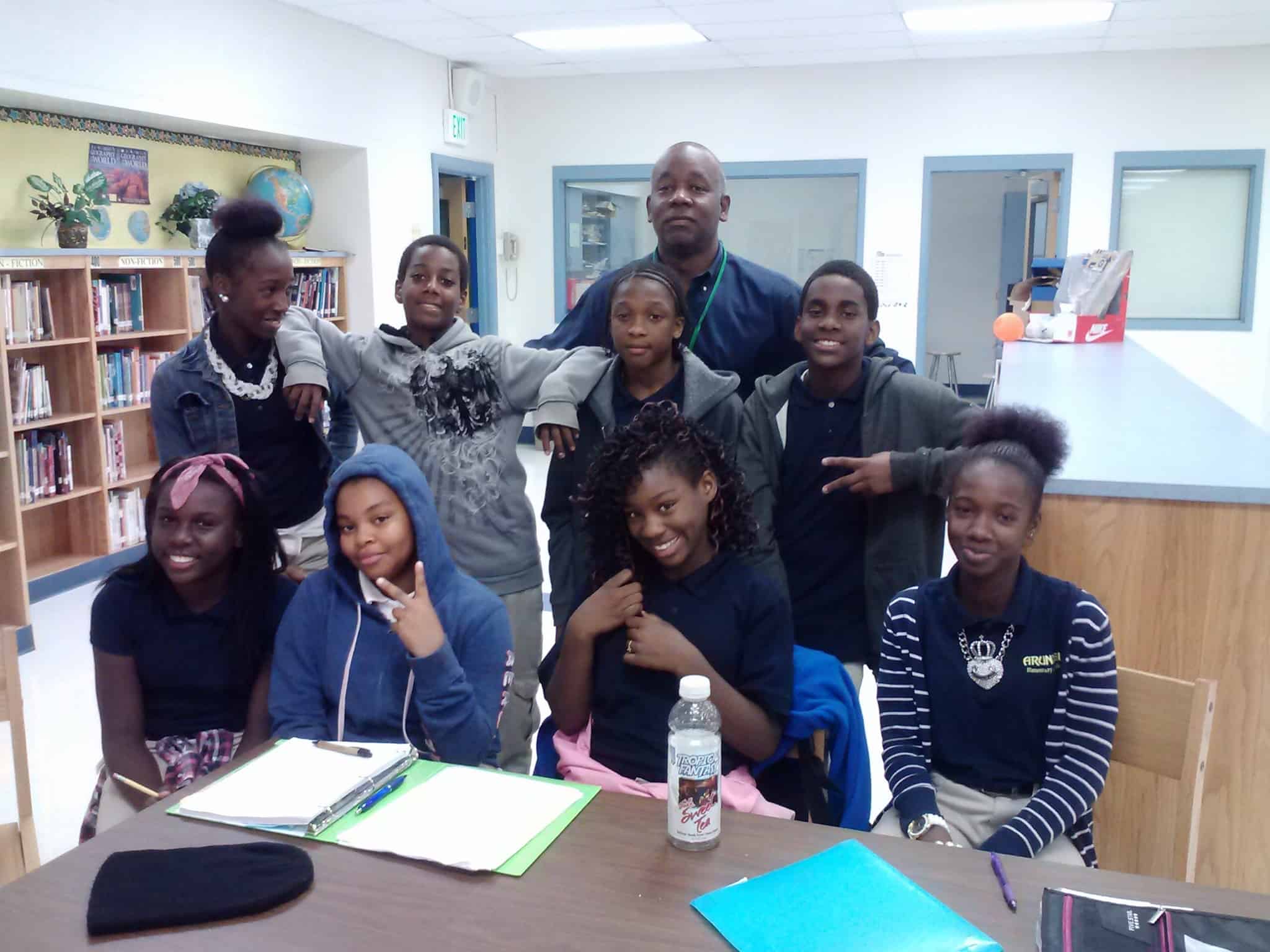 “It’s easy to brag about these kids; they’re so impressive…When you see the light bulb go off, you know they can be successful. It’s great to share in that success and feel good that you were a part of making that happen.” – Mr. Howard

Howard Johnson mentors in the Cherry Hill neighborhood of Baltimore, the same community where he grew up himself; and while he went on to graduate from the prestigious Baltimore Polytechnic Institute, he saw some of his friends go astray and make bad choices. He credits his strong, supportive mother and uncles with believing in him so much that he could not bear to disappoint them.

“I want the kids to know that my community did not define me,” he said. “Kids need to see a positive role model, especially one who is from their neighborhood. They say to themselves, ‘If Mr. Howard can do it, and I’m smarter than him, I can definitely make it.’”

His passion for mentoring was obvious from the moment he first walked into center more than seven years ago. With kindness and a unique understanding, his dedication has always been palpable, something that is more than just committed weekly attendance: that dedication comes from seeing the potential in his scholars, knowing that he can offer help and guidance, and then stepping back to watch them do great things.

While Higher Achievement Baltimore is proud to call Mr. Howard – as his scholars call him – one of its longest-serving mentors, it’s not the length of time that makes him so special: his dedication to mentoring scholars during their time at Higher Achievement and beyond is what truly sets him apart. He has helped scholars from everything to navigating the perils of pre-calculus to pursuing degrees in engineering and law, and on top of that, he has guided scholars to become role models for others.

“So many of the scholars have tremendous potential,” he said. “They just need someone to tap into that potential and help them recognize it themselves.”

He says that the trick to mentoring anyone is to believe in them and help them believe in themselves. Once they develop self-confidence, there is so much more they can do.

To that end, he has developed different methods of engaging and motivating scholars over the past seven years. He tries to create a familial bond with his scholars, and he encourages the older of them to help the younger. He also offers incentives, such as gift cards and baseball outings, to encourage scholars to achieve their goals.

“I use the analogy of learning to ride a bike,” he explained. “You help them learn to pedal, but you hold on until they can steady themselves. Only then can you let go.”

Not satisfied with just mentoring his scholars while they are in middle school, Mr. Howard prides himself in staying in contact with his them throughout their academic journey. One scholar excelled in middle school, but struggled in math in high school. Mr. Howard encouraged the Higher Achievement alumnus to come back and serve as a mentor. After each mentoring session, the alum would stay for tutoring with Mr. Johnson. The alum began to succeed in math while he was helping others, creating a full circle of care and confidence that is so important.

The ultimate plan is to “build a mentor army.” Mr. Howard encourages his scholars – those who have gone on to be successful in high school and college – to come back and contribute. He wants them to serve as role models, to help the scholars discover their potential.

Because when that happens enough times, success is no longer the exception: it becomes the norm.