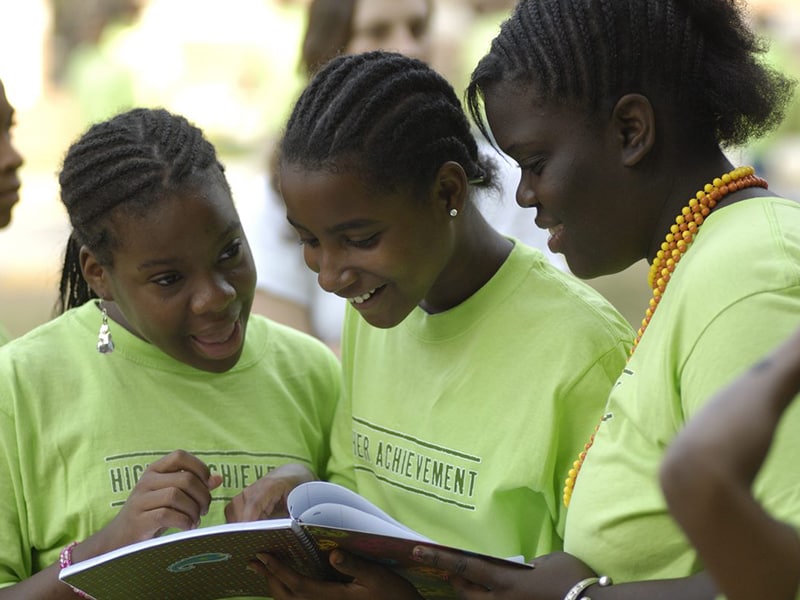 Mayer Brown’s corporate commitment to Higher Achievement and specifically with the DC Metro affiliate began over a decade ago with one partner’s personal interest and developed into an office-wide partnership. Dan Masur, Partner-in-Charge of the DC office, was introduced to Higher Achievement by his wife, Sherry Rhodes, who served as Chair of the organization’s President’s Council. Their daughter also worked for Higher Achievement in DC and in Baltimore.

“Higher Achievement won me over the first time I attended the Love Out Loud event. I didn’t know about the organization when I went to the event with my wife. I was just amazed by the kids, their poise, their poetry, and the messages they were able to convey. I decided that my office had to get involved, said Mr. Masur.

Higher Achievement was the inspiration and one of the founding partners for the Making the Case for Kids program at Mayer Brown. The Making the Case program provides support for organizations doing outstanding work for children. Through this program, Mayer Brown supports Higher Achievement financially, but Mayer Brown professionals also serve in leadership capacities and lend expertise, they volunteer, sponsor field trips, and host an annual mock trial experience.