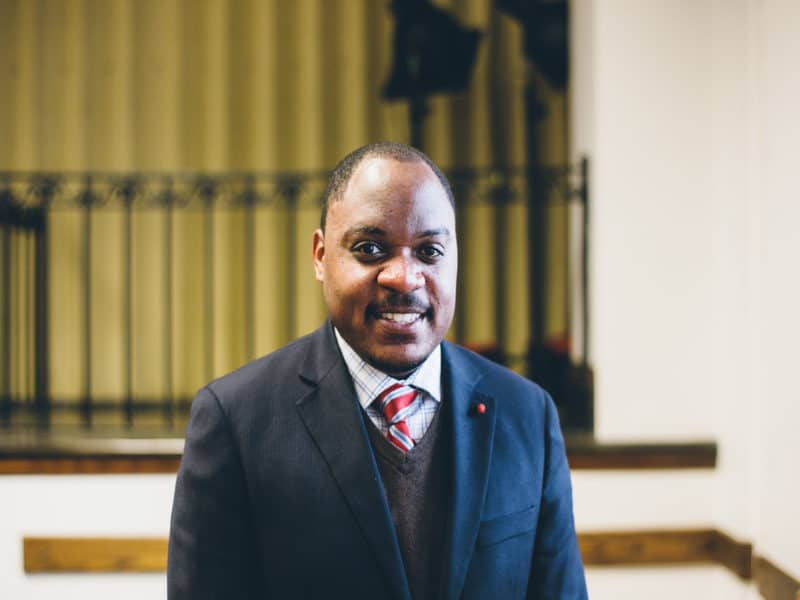 James Doyle, Executive Director of Higher Achievement Pittsburgh, was interviewed by Sheila Hyland, Comcast Newsmakers Host, at the “From Slavery to Freedom” exhibit at the Heinz History Center in Pittsburgh.  The discussion began with a sobering statistic: more than half of high school students drop out right after middle school.  Higher Achievement’s goal is to enable their scholars to succeed in middle school and be well-prepared to succeed in high school and beyond.  Here are some highlights from their conversation.

Why is middle school such a critical time?

“We at Higher Achievement see middle school as the last, best chance to get students back on track so we use [Higher Achievement] as an opportunity to really harness that talent that [scholars] have.”

What happens to students who don’t get back on track?

“It’s not good.  We recognize that a lot of problems happen.  They’re not going to high school, and they’re obviously not going to college.  That puts them at a disadvantage as they enter adulthood.  We want to [help] them be as successful as they can be.”

How are you motivating kids to stay in school?

“The way Higher Achievement works is we recognize that talent exists in every scholar – note I call our students scholars, because they are scholars.  We provide them opportunities to showcase their wonderful, amazing talents.”

In response to the final question about the results of the Higher Achievement program, James said with pride, “We’re seeing some really cool and amazing successes.  Students are [developing] a mindset that college is for them.”  He went on to say that Higher Achievement scholars are accessing high level high school courses, doing well in those courses, and pursuing college at an incredible rate.